a working studio - a glimpse into my atelier..... 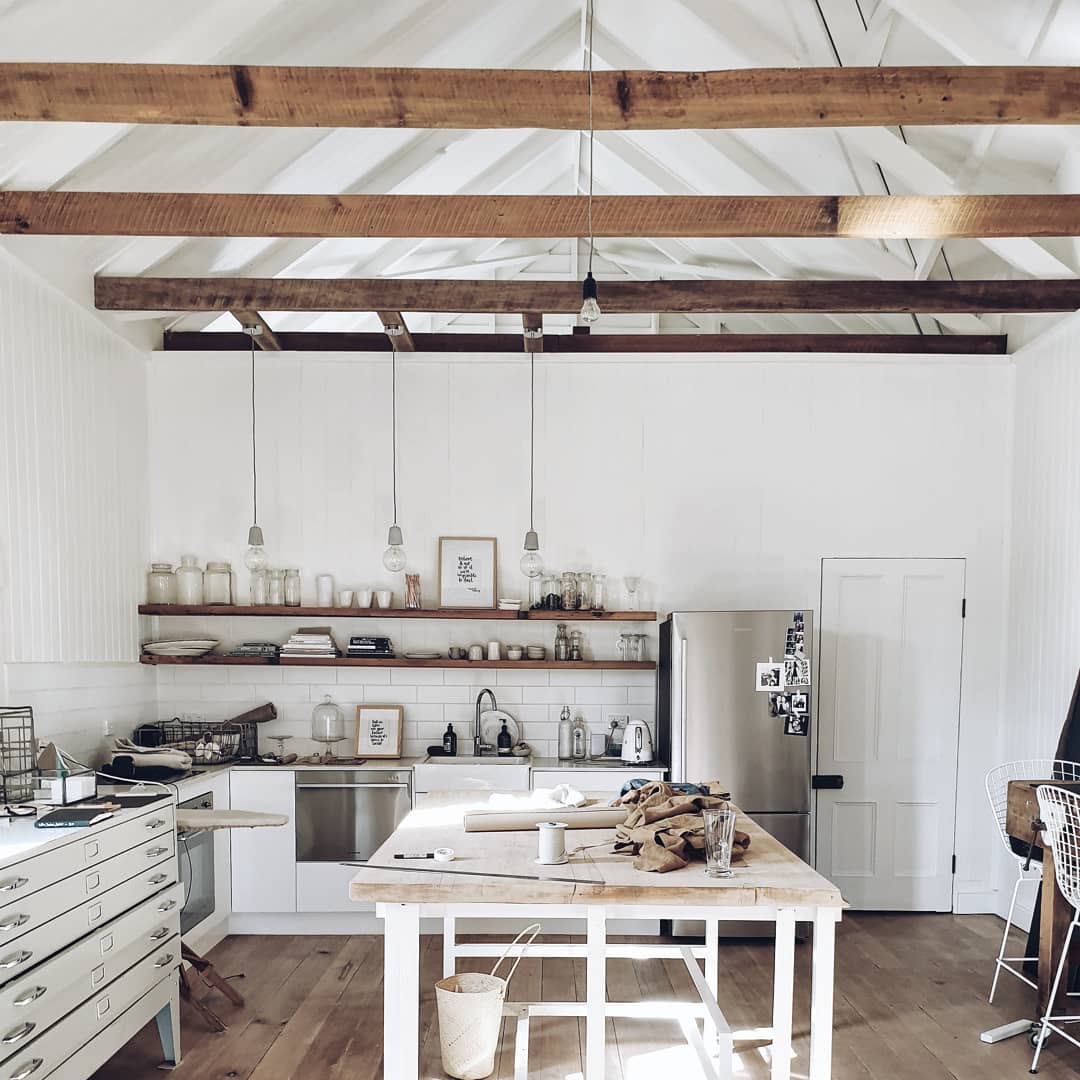 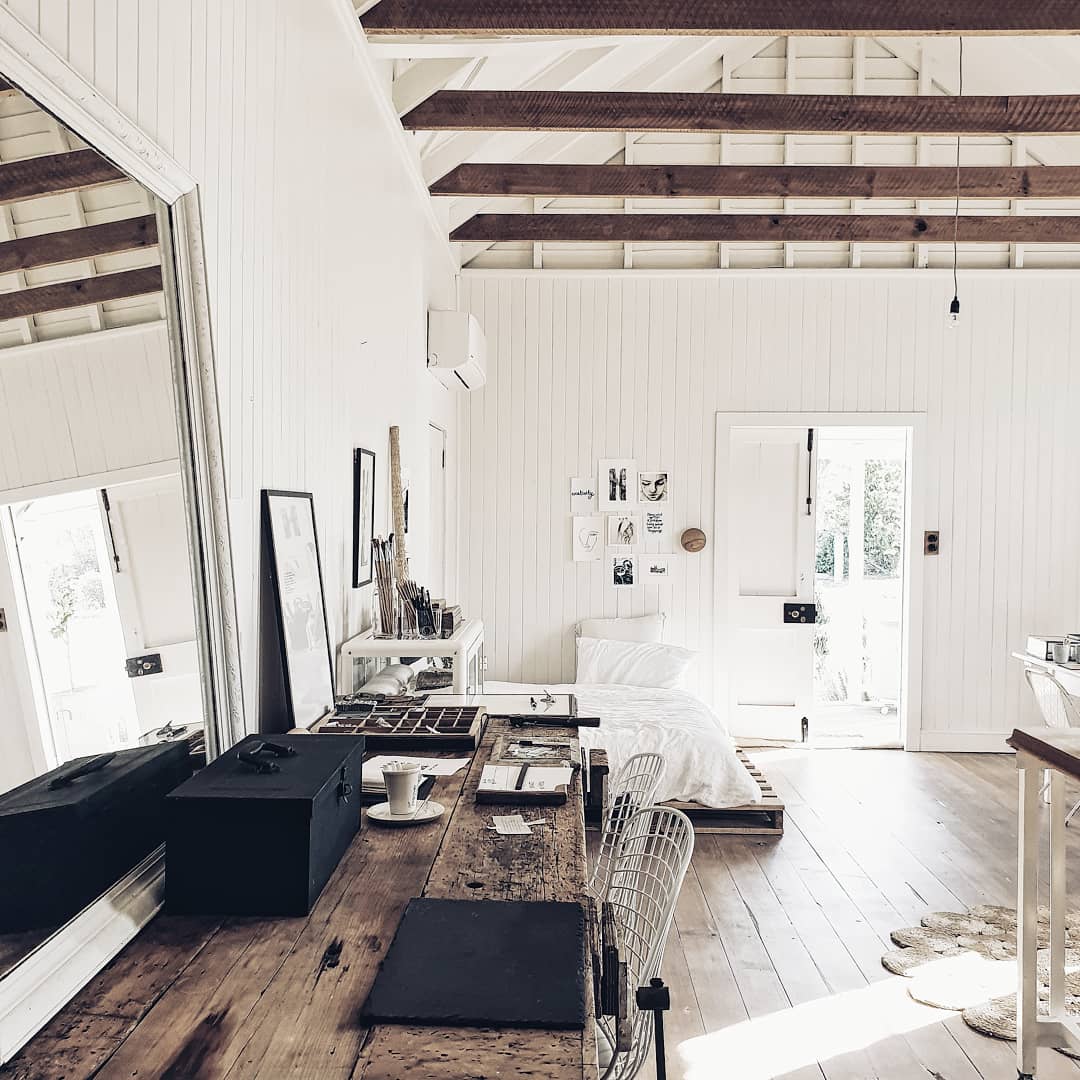 A 1900's courthouse building is where I create most days. We bought the courthouse and its residence 15 years ago, with no budget so we immediately put tenants in it and it wasn't until the end of 2015 that we started the massive project to replace all the roof, re-stump, replace verandas, paint the outside and make the courthouse building into a studio apartment for my daughter.  We had a wonderful builder that did some of the major parts like lining the new vaulted ceiling after we pulled all the old internal ceilings out and making the walls we left structurally sound. We re-used as much of the original timbers as we could.  The shelves in the kitchen were a big slab of recycled timber which we cut in half and sanded and oiled.  Only one of the main beams in the ceiling needed replacing and after a vote that I lost {i wanted to paint them white} we left them just as they were which I have grown to love.  In November 2017 my daughter bought her own little cottage so I took this beautiful space on as my full-time studio...

"The desire to create is one of the deepest yearnings of the human soul."
- Dieter F. Uchtdorf
“Imagination is everything. It is the preview of life's coming attractions.”
― Albert Einstein
“Others have seen what is and asked why. I have seen what could be and asked why not. "― Pablo Picasso